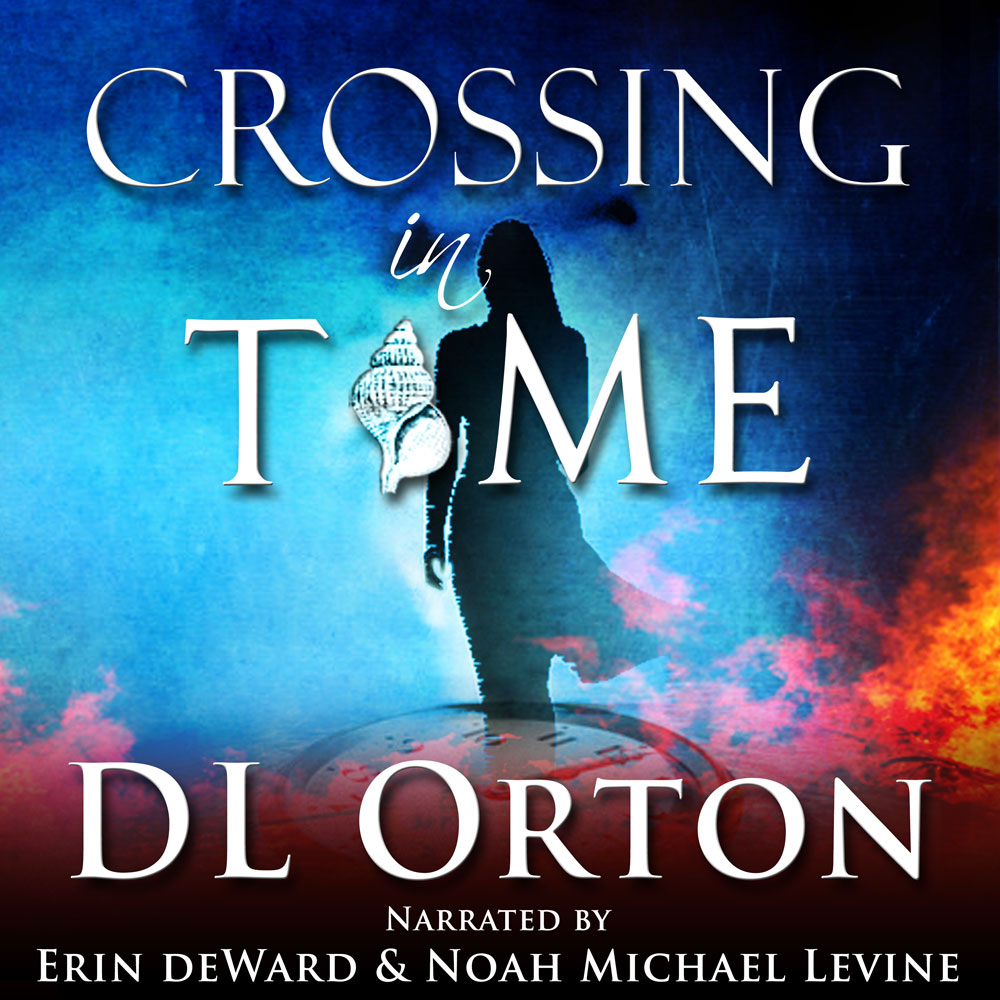 Crossing In Time is the first book in the Between Two Evils series and D.L. Orton’s debut novel. That is difficult to believe because her style of writing is extremely fluid and wonderfully immersive. She has a fantastic command of language, and I loved the subtle humor throughout the book.

Crossing In Time can’t be classified as belonging to one single genre. This is science-fiction, it is romance, it is action and adventure. There is something here for everyone.

It is the story of the relationship between Isabel and Diego and how this relationship could prevent world annihilation. It is told from three different perspectives: Isabel’s, Diego’s and Matt’s. Matt is a British scientist who is recruited with a bunch of other interesting characters to develop a time machine which enables Isabel to travel back into the past to work on her future relationship with Diego.

The characters feel very real and are easy to relate to. There are no one dimensional alpha males or damsels in distress here; these are your average people next-door type of characters that are properly fleshed out and authentic.

The romantic relationship between Isabel and Diego was endearing and sweet. There are some sex scenes, which I found fairly mild and tastefully done, but I have noticed that other reviewers felt they were steamy and explicit. So I guess it depends what you are used to reading. My only criticism would be that the sexual relationship took over a bit towards the end of the book. The stroking and caressing could have been condensed.

What I particularly enjoyed were the scenes of Isabel coping with survival in the bleak and dangerous dystopian future. Some of those descriptions got my heart pumping more than the love scenes. Overall, the story kept me thoroughly entertained and engrossed.

The ending leaves you with the frantic need to find out more about Isabel and Diego’s as well as Matt’s future, and I will certainly look out for part 2.

As far as the narration is concerned: I would give more than 5 stars if I could.

Having two narrators can be very tricky. The way that it was done here was absolutely impressive. Noah Michael Levine and Erin de Ward were a fantastic team. They had perfect timing and the narration was incredibly fluid. Noah Michael Levine did an amazing job switching effortlessly between the characters of Matt and Diego and keeping the accents straight. It felt like being at the movies. Outstanding performance! This is the sort of audiobook you want to give to people who don’t do audiobooks to show them what they are missing. There were no issues with the production.

Crossing In Time should appeal to a wide audience because of its mix of genres and because of the exceptional narration.

D. L. ORTON lives in the foothills of Colorado where she and her husband are raising three boys, a golden retriever, two Siberian cats, and an extremely long-lived triops. Her future plans include completing the books in the BETWEEN TWO EVILS SERIES followed by an extended vacation on a remote tropical island (with a Starbucks). When she’s not writing, playing tennis, or helping with algebra, she’s building a time machine so that someone can go back and do the laundry.

Ms Orton is a graduate of Stanford University’s Writers Workshop and a past editor of “Top of the Western Staircase,” a literary publication of CU, Boulder. The author has a number of short stories published in online literary magazines, including Literotica.com, Melusine, Cosmoetica, The Ranfurly Review, and Catalyst Press. Her debut novel, CROSSING IN TIME: THE 1st DISASTER, won an award in the “2010 Novel Beginnings Contest” and will be published by Rocky Mountain Press in May 2015.