The BEST-SELLING AUTHOR, D. L. ORTON, lives in the foothills of Colorado where she and her husband are raising three boys, a golden retriever, two Siberian cats, and an extremely long-lived Triops. Her future plans include completing the books in the BETWEEN TWO EVILS series followed by an extended vacation on a remote tropical island (with a Starbucks).

When she’s not writing, playing tennis, or helping with algebra, she’s building a time machine so that someone can go back and do the laundry.

Ms. Orton is a graduate of Stanford University’s Writers Workshop and a past editor of “Top of the Western Staircase,” a literary publication of CU, Boulder. The author has a number of short stories published in online literary magazines, including Literotica.com, Melusine, Cosmoetica, The Ranfurly Review, and Catalyst Press.

Her debut novel, CROSSING IN TIME, has won numerous literary awards including an Indie Book Award and a Publishers Weekly Starred Review. It was also selected as one of only 12 Great Indie Stars by BookLife’s Prize in Fiction.

The 4th book in the 7-book Between Two Evils series is scheduled to be published in 2019. 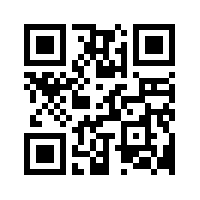